Historical consultant for BBC1 series 'THE LIVING AND THE DEAD'

The Living and the Dead: BBC1 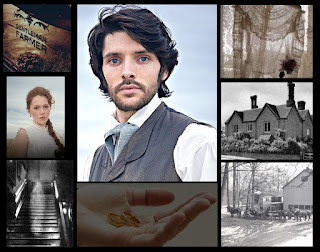 How did the Victorians lay out their dead?  And could they tell how long a corpse had been lying in the woods?


These were the day-to-day questions that were thrown at me by the production team of ‘The Living and the Dead’.  The BBC series, starring Colin Morgan and Charlotte Spencer, will be seen for the first time on i-Player (17th June) and then on BBC1 from 28th June. Described by the writer Ashley Pharoah as ‘Thomas Hardy – with ghosts’, this was a gem of an idea.  And I was delighted to become historical consultant for the project.


I was asked to advise on everything from nursery decoration in the 1890s, to Victorian autopsies.  Because, although it opens in the glorious meadows of Somerset, these are scary stories, with undercurrents of insanity and the threat of the unknown.  The writers wanted to tackle 19th century anxieties about the boundaries between superstition and science.  And the impact on a young couple, who were thoroughly modern in their outlook about politics, business and the life of the mind.


Since 1837, the Victorians witnessed advances in technology which could have seemed almost magical.  The electric telegraph carried words from India to England in a matter of minutes.  Sound recordings brought back the voices of the dead.  And a fine film of silver on glass capture faces through thin air, and preserved them as photographs.  These were wonders.  The barriers between the past and the present, the ethereal and the earthly had been transcended.  So, what was next?  Could science explain ghostly apparitions?  Could electricity or radio waves enable us to make contact with the spirit world? These questions were very real for many intellectuals, and worth investigating.  The Society for Psychical Research was founded in the 1880s by physicists and philosophers.   They carried out serious studies of telepathy and mesmerism.  They collected a ‘Census of Hallucinations’.  Conan Doyle, creator of the famously logical Sherlock Holmes, was a leading figure in these investigations, writing for the Spiritualist magazine Light throughout the 1890s.


It should not surprise us, then, that Nathan Appleby, the figure at the heart of The Living and the Dead should try to understand the supernatural experiences of his neighbours through a scientific lens.  He is a psychologist: a new breed of doctor in a discipline that focussed on the thresholds between the normal and the abnormal.  He understands that the workings of the brain, in our conscious and unconscious states, are not yet fully explored.  When he encounters a disturbed young woman, it is reasonable for him to want to help her, using his cutting-edge techniques.  And yet he becomes increasingly baffled as the series unfolds.  Science does not seem to be able to supply the answers, however much he wrestles with the facts.


Alongside Nathan, we have the fascinating character of his wife, Charlotte.  The women in this story are just as robust and varied as the men – it is one of the great strengths of the series.  Charlotte is an alluring amalgam; a mixture of Bathseba, from Hardy’s Far from the Madding Crowd, and du Maurier’s New Woman.  She is a professional photographer.  (Cue lots of conversations with the team about Julia Margaret Cameron and Christina Broom.)  She is also ready for the challenge of running a new project, bringing in modern machinery to an ancient farm, and seeing the potential of the railway. 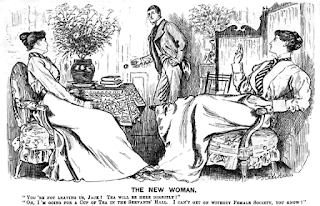 During the course of the series, we see their relationship, tested to its limits by Nathan’s obsessive desire for knowledge at all costs.  But let’s not spoil the story!

So where did my researches take me, as I tried to piece together the very modern world of Nathan and Charlotte, as it came conflict with the older traditions of the farm hands and wise women?  I found myself wondering whether a vicar would have a pint in the pub.  And what advanced literature his daughter might read.  I thought about Charles Voysey and his delightful designs for children. 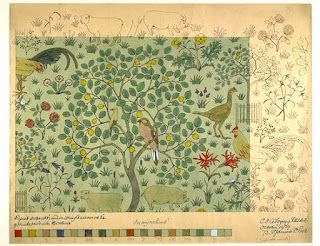 And I discovered more than I might like about early forensic medicine.  The curator at the Old Operating Theatre Museum sent me some grisly reading about blood flow, body temperature and rigor mortis.  So that dealt with the corpse in the wood.


What about laying out the body? Well, as you will see, the bare bones of information that I supplied were transformed by the directors into a gorgeously lit scene.  The camera follows a slow silent ballet around the figure who is being tenderly prepared for burial.  This extraordinary piece of choreography shows how the words on the page can take flight, and create a rare magic.  We can only imagine what the pioneering photographer Charlotte Appleby would make of it. 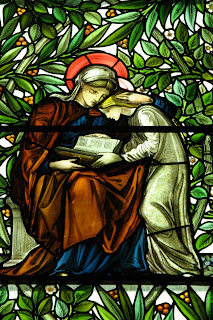 A Pre-Raphaelite Masterpiece in Yorkshire: the stained glass of St Mary's, Nun Monkton

I am an invited lecturer for Arts Societies across Britain & Europe, and also for Cunard.

Please contact me on suzannefagencecooper@yahoo.com for more details about booking arrangements.

I can offer lectures and study days on 19th and 20th Century British Art - including William Morris and the Pre-Raphaelites, Women in the Victorian Art World, John Ruskin and Eric Ravilious